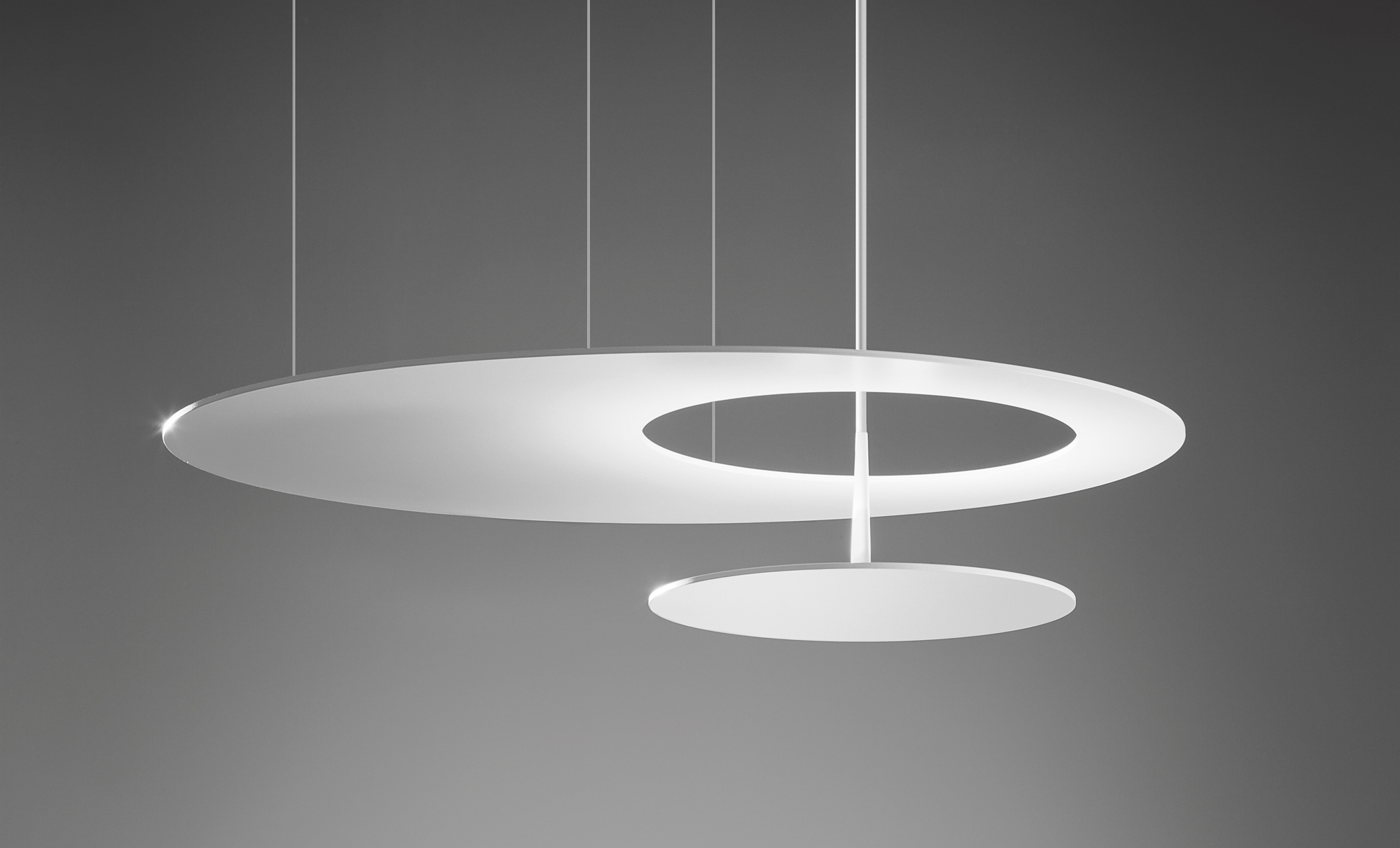 The HOVER suspension lamp for millelumen creates an optical effect of levitation and a feeling of lightness. A timeless object with two complementary elements that seem to float in the air and interact with each other through light and reflection.
The initial idea was to maximize of the use of material without compromising the aesthetics of the design: A single sheet of aluminium cut down to two elements, one obtained from the other and pushed away to create a distance. Both elements contain state-of-the-art, efficient and dimmable LED modules that create both atmospheric light towards the ceiling and diffuse light downwards.
The luminaire is available in three versions: suspended, single head and double head ceiling lamp. 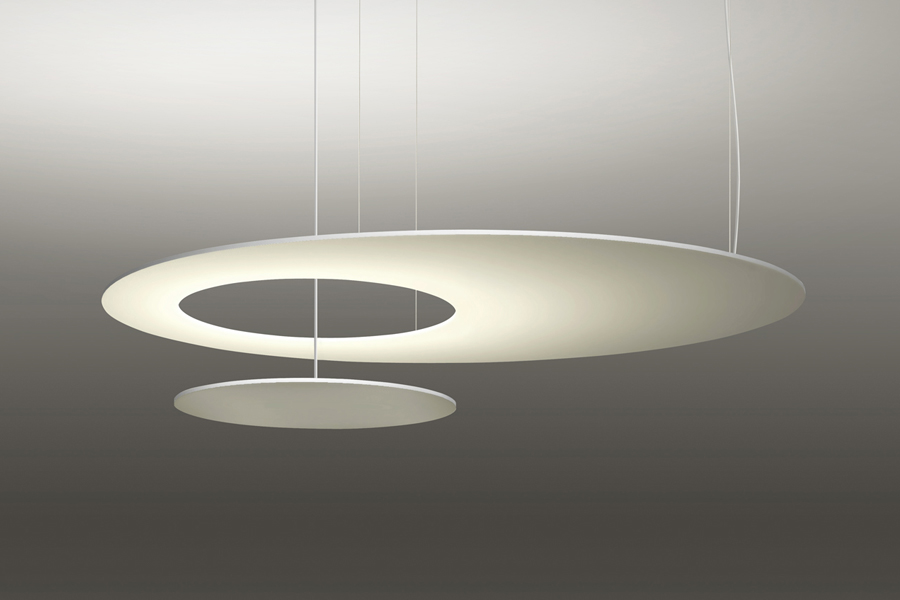 Back to Projects
Top